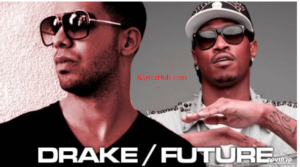 (…Drake…)
Yeah
Jumpman, jumpman, I don’t need no introduction
Jumpman, jumpman, Metro Booming on production, wow
Hundred cousins out in Memphis they so country, wow
Tell her, “Stay the night, valet your car, come fuck me now.”
Jumpman, jumpman, live on TNT I’m flexing (ooh!)
Jumpman, jumpman they gave me my own collection (ooh!)
Jump when I say jump, girl, can you take direction? (Ooh!)
Mutombo with the bitches, you keep getting rejected (Woo!)…

(…Future…)
Heard they came through magic city on a Monday
Heard they had the club wild, it was star studded
A bunch of girls going wild when your chain flooded
And I had ’em like wow, cup dirty
Dopeman dopeman dopeman dopeman dopeman dopeman
Money on the counter, choppers on the floor
I just caught that tempo, DJ Mustard (woo!)
Way too much Codeine and Adderall
We just count up paper racks, whoa
I know I’mma get my bitch back, whoa
I count all these racks that I have on me now Imma have you like whoa
Chanel number 9, Chanel number 5, well you got ’em both…

Found Any Mistake in Lyrics?, Please Report In Contact Section with Correct Lyrics!